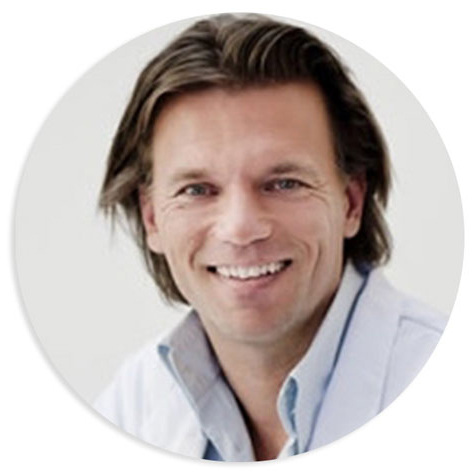 Dr. Tom van Eijk, based in Amsterdam, is one of Holland’s most famed cosmetic doctors. He has been dedicating his full attention to cosmetic injectables since 2003, and developed the Fern Pattern Technique™ first introduced in Sweden during fall of 2005. This technique was developed by Tom van Eijk after being disappointed with the aesthetic results of conventional injection techniques. The idea of using fillers not only to fill underneath a wrinkle but to strategically strengthen the skin to influence the dynamics of the face, proved to be revolutionary. After several workshops in The Netherlands, Belgium, Sweden and a tour trough Canada he wrote an article on the subject in de Journal of Drugs in Dermatology, together with his Canadian colleague Dr. Martin Braun.

The Fern Pattern Technique™ will give you, as an aesthetic practitioner, more control in terms of predictability of your aesthetic results. Additionally, it will result in more natural and longer lasting results, using less product. The main reason for this, is the fact that from now on, you will no longer just ‘fill’ the wrinkle, but you will also reinforce the skin itself. Using the immediate effect of the gel in the dermis and anticipating on natural collagen stimulation in the months after the injection. You may learn the technique by clicking the program below or by clicking this link.

The success of his technique is evident, as Dr. Tom van Eijk has presented this technique all over the world, from Vancouver to Manila, from Stockholm to Auckland. He has been developing new techniques (Palma, Zorro, Wave, Golden Point) and teaching them ever since, constantly striving to improve the aesthetic possibilities of the cosmetic injectables. In addition, Dr. Tom van Eijk is one of the world’s most experienced teachers in the use of cosmetic injections with hyaluronic acid. He is well known for his articles on filler treatments and the development of several revolutionary injection techniques. You may read more here. 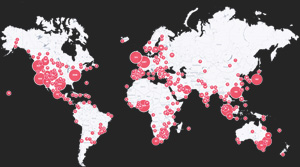